Katowice International Airport is not in the city of Katowice, the capital of the Polish Voivod Silesia area, but near the small town of  Pyrzowice in upper Silesia about 34 km north of Katowice. [More]

By road the airport is easily accessible from Katowice by taking the 86 to the exit at Siewierz and continuing in the direction of the airport. Buses also stop at Katowice International Airport which link the airport to the centre of the city and the surrounding area. 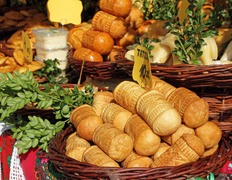